So far, 13 hours in...the Los Angeles Lakers are the winners of the current offseason and that's bad news for the Philadelphia 76ers chances in next year's draft.
Lakers could go from laughing stock to contender that quick. For example, they resigned Jordan Clarkson who is a proven third year man. They signed Timofey Mozgov who is better than his playoffs showed, blame his lack of better time on matchups, because he proved in last seasons playoffs that he could play and he is definitely an upgrade over Roy Hibbert. Add to that, the Lakers also drafted Brandon Ingram who in my eyes could have also went number one overall in the draft. That leaves them with the "snitch" D'angelo Russell, a talented point guard as much as talented as he is with a camera phone. At shooting guard Clarkson, small forward their highly touted rookie Ingram, Julius Randle, whom no other power forward in the league can guard and now the Lakers add Mozgov. The Lakers also have proven and reliable Sixth Man Lou Williams. Expect the Lakers and Minnesota Timberwolves to get the two last spots in the Western Conference playoffs next year, with the Memphis Grizzles, Dallas Mavericks (losing Chandler Parsons), and Houston Rockets (most likely losing Dwight Howard) all getting worse. 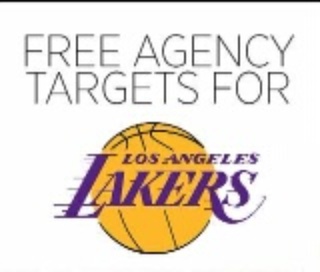